There are many different types of dogs to choose from when deciding on a pet, and each has its unique set of pros and cons. When it comes to poodles and Labradoodles, however, the debate is particularly fierce. Some people swear by the intelligence and easy-going nature of poodles, while others prefer the athleticism and friendliness of Labradoodles. So which one is right for you?

I prefer Labradoodles for a few reasons. First, they make great family dogs. They are outgoing and friendly, but not so much so that they become overwhelming. They also have a lot of energy, which is perfect for families with kids who like to play fetch or go for walks.

Another big plus in my book is that Labradoodles are low-shedding, which is ideal for people with allergies. Poodles do not shed much either, but they require a lot of grooming to keep their coat looking good. This can be time-consuming and expensive, so it is something to consider if you are thinking about getting a poodle.

But let’s get started and jump right into the article!

Why do people cross labradors and Poodles?

There are several reasons why people might cross Labradors and Poodles. One reason is to create a dog with the best characteristics of both breeds.

Loyal, Easy to Train, and Intelligent

Why get a Labradoodle instead of a poodle?

While poodles are certainly among the most popular breeds of dogs, there are some reasons Labradoodles make great pets. One of the most appealing things about Labradoodles is that they are low-shedding and hypoallergenic, making them a good choice for people with allergies.

They are also intelligent and easily trained, so they can quickly learn tricks and commands. In addition, Labradoodles are known for being loyal and affectionate and thrive on human interaction. As a result, they make excellent companions.

Is a Labradoodle bigger than a poodle?

So you can say that depending on the size of the poodle used in the cross, Labradoodles could be bigger (or smaller).

When most people think of Labradoodles, they picture a dog that is a cross between a Labrador Retriever and a Poodle. However, many Labradoodles resemble their Labrador parent more than their Poodle parent. There are a few reasons for this.

What To Expect From A Lab Poodle Mix?

Labradoodles are highly trainable, and they excel at obedience and agility trials. They are also active dogs who enjoy hiking, swimming, and playing fetch. But they are just as happy snuggling on the couch with their humans.

Labradoodles are also known for being very social dogs, and they love making new friends, both human and canine. As a result, they do best in homes with someone around during the day.

Are Labs or Poodles Smarter?

Here is what the experts over at https://thesmartcanine.com/are-poodles-smart/ have to say about the intelligence of poodles:

“Because of their outstanding performance, Poodles were classed in the top 10 smartest dog breed category – along with some good company. Furthermore, Poodles beat out other highly popular breeds, such as German Shepherds, Rottweilers, Golden Retrievers, Dobermans and Labrador Retrievers.”

Is A Labradoodle Right For Me?

Is a Labradoodle right for me? This is a question that potential dog owners must ask themselves before committing to bringing a furry friend into their home. As with any other dog breed, there are pros and cons to owning a Labradoodle that prospective owners should be aware of.

Some benefits of owning a Labradoodle include their hypoallergenic coats, ideal for people with allergies, and their reputation for being intelligent and easy to train. However, potential downsides include their high energy level, which may not be ideal for everyone, and their need for regular grooming.

Ultimately, whether or not to get a Labradoodle should be based on the individual’s lifestyle and needs.

read.. Labs are Easy to Train

Labradoodles are a popular breed of dog because they offer the best of both worlds – the intelligence and easy trainability of a poodle, combined with the loyalty and good-naturedness of a Labrador Retriever.

They make great pets for active families who love spending time outdoors but can also be content relaxing on the couch at home. If you’re considering adding a Labradoodle to your family, do your research to find out if this hybrid breed is right for you. 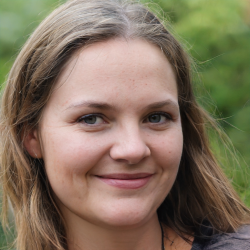